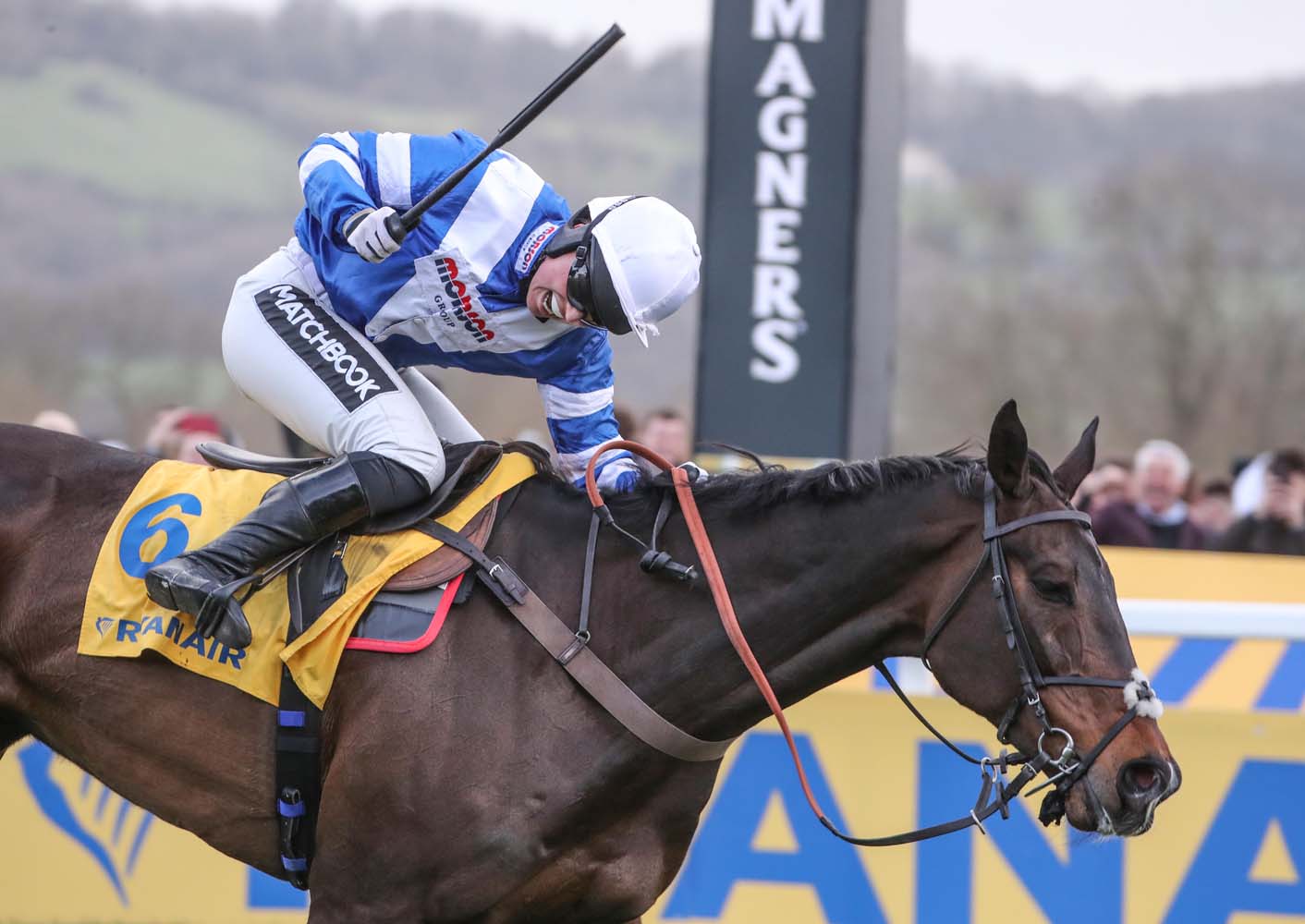 These were led by the incredible Altior who was bought as a youngster at the Goffs Land Rover for the Pugh’s and Nicky Henderson by Highflyer’s David Minton. His winning streak goes on and on and amazingly this was his fourth consecutive victory at the Festival having win a Supreme, an Arkle and now two Champion Chases.

Frodon’s victory in the Grade 1 Ryanair Chase under the indomitable Bryony Frost, nearly took the roof off the stands on the Thursday. Brought to Ditcheat as a 3yo by Anthony Bromley after placing in the French Champion 3yo Chase for Guillaume Macaire, he has been a winning machine for Paul Nicholls ever since and is still only seven years old.
In winning this year’s RSA chase Topofthegame stamped himself a serious Gold Cup contender for next season and this Bromley buy from the Irish point-to-point field (from Monbeg Stables at the Goffs UK Aintree Sale) is one of the tallest horses in training and should have more improvement to come.

Pentland Hills’ impressive win Friday’s Triumph Hurdle was Nicky Henderson’s 7th success in the race with David Minton or Anthony Bromley being responsible for buying all seven of them.
The 5th victory of the Festival under the Highflyer banner was William Henry in the Grade 3 Coral Cup for long-time client Dai Walters and Nicky Henderson.
There were a lot of seconds and thirds from the Team’s purchases all week but the pick of the achievements was to have sourced the first 3 home in the Champion Chase with Altior coming home in front from Politologue and Sceau Royal.